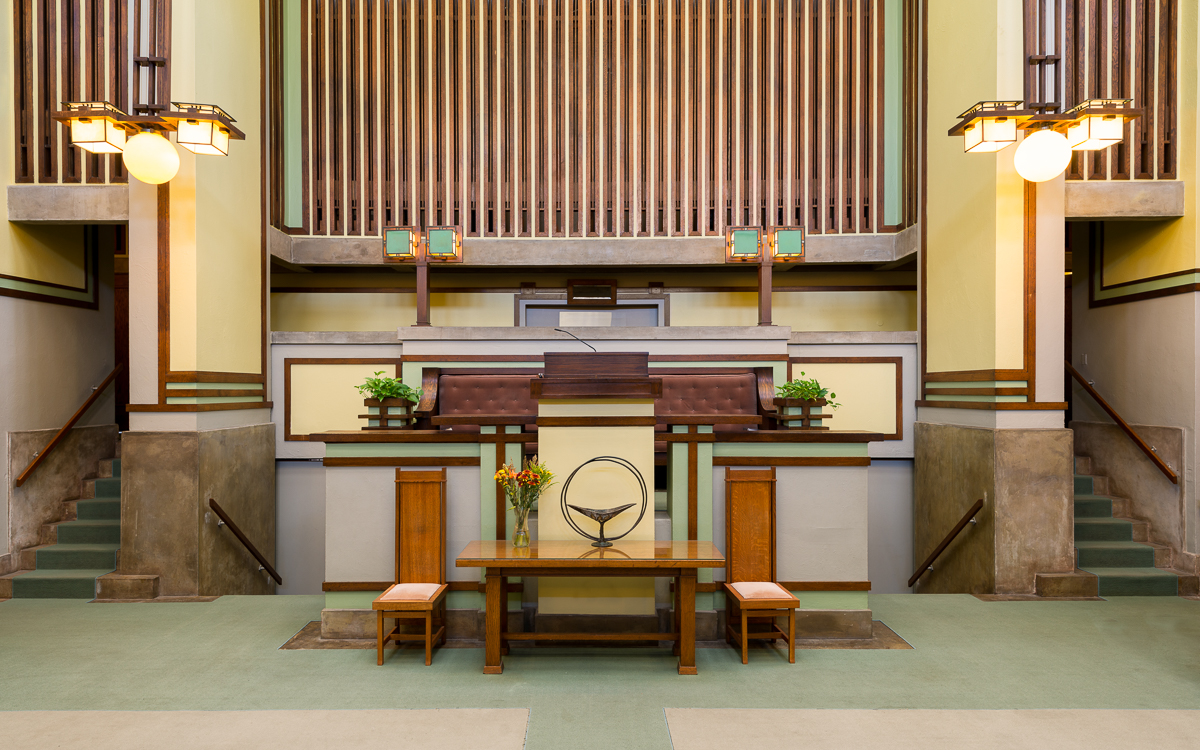 Unity Temple, declared a National Historic Landmark in 1971, was designed by a member of the congregation, Frank Lloyd Wright, as a sacred space for the Unity Temple Unitarian Universalist Congregation (UTUUC). Unity Temple is considered to be one of Wright's most important structures from the early twentieth century and considered by many architects to be the first modern building in the world.

Initially commissioned in 2004 by the Unity Temple Restoration Foundation (UTRF) to prepare a study to determine the feasibility of adding air conditioning to the structure, ACE determined that not only could the building have a modern air conditioning system, but the congregational goal of a ground-source heat pump based system was a logical choice given the limitations of the site and desire to eliminate any exterior equipment. Given the unique concrete construction of the building and general lack of available interstitial spaces for routing new systems, a large part of the study was identifying reasonable methods to implement any system upgrade and still maintain the visual and audible aesthetic of this magnificent assembly and worship space.

Subsequently, ACE became the mechanical engineering consultant of the restoration design team and as part of a multi-year restoration project developed design and construction drawings for the renovation of the MEP and Life Safety systems throughout the building.